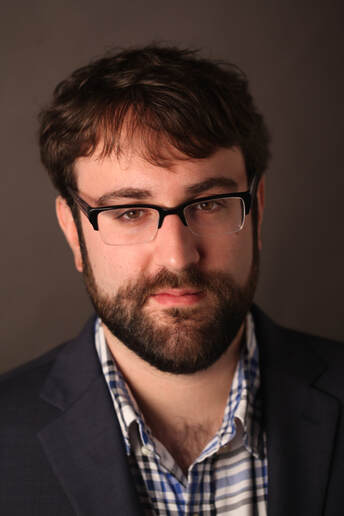 Michael Robert Smith (b. 1989) is an award-winning composer of contemporary concert music. His music has been described as “Relatively simple, elegantly-turned, beautifully vocal music with a compelling through-line from start to finish” (Gabriel Jackson), and has been performed across the country by excellent ensembles and performers, including The Crossing, Chorosynthesis, The SFCM New Music Ensemble, The Glassbrook Vocal Ensemble, Mouthscape, Joshua Wilson, and Winnie Nieh.

​In addition to composing, Michael is an active choral singer(tenor), church musician, and conductor. As a member of the Westminster Symphonic Choir, Williamson Voices, and Kantorei, he performed with the Philadelphia Orchestra, The NY Philharmonic, The London Philharmonia, The Simon Bolivar Orchestra, and the Berlin Philharmonic. He was a founding member of SFCM’s Contemporary Music Choir “Mouthscape”.

Michael earned his bachelor’s degree in Composition from Westminster Choir College and a master’s degree from the San Francisco Conservatory of Music. He resides in Philadelphia, PA. where he sings professionally for St. Peter's Church, Singing City, and the Mendelssohn Chorus of Philadelphia.